Television played a larger role than usual in my work this week, both as a subject and as a stage.

You’ll note that this review didn’t get into Google Drive’s search features. I don’t think they matter much in the context of selling this service; if you have so many documents stored on Drive that Google’s search talents become necessary to manage them, the company’s already closed the deal.

This story became a moving target–I had to revise it twice after filing it, once to incorporate the White House’s threat to veto this cybersecurity bill, again to reflect CDT’s withdrawal of its own support. The House passed the bill anyway on Thursday, so I guess I need to work on my blog’s influence in Congress.

First an editor suggested I cover the DNSChanger malware and how it could result in hundreds of thousands of computers being unable to navigate online after July 9. Then maybe 48 hours later, as I had begun writing the post, I got this e-mail from a reader: “Are the stories I’ve been reading about FBI shutting down a safety net that will cause many users to loose internet access true?”

I did a short interview with CNN Newsource, a subsidiary of the news network that provides content for local stations, about which smartphone apps and services can use the most data. It’s since shown up on the sites of several broadcasters (for instance, WCCT in Hartford, Conn.; WALA in Pensacola, Fla.; KOLR in Springfield, Mo.; and KYTX in Beaumont, Texas), but the CBS affiliate in Birmingham, Ala., seems to have been first, so it gets the link.

In other news, I apologize for the slovenly state of my home office.

This began with a reader’s query in response to my item two weeks ago about tuning into digital cable without a box–her homeowners association apparently had no idea that the FCC overruled its ban on rooftop antennas 18 years ago. The column then shares a tip about using a feature called HDMI CEC to cut down on the number of taps of a remote control it takes to start watching TV. (But after the post was edited, an executive with one of the major electronics firms confessed that he’d turned CEC off on his own set because it kept forgetting which device it was supposed to control.) 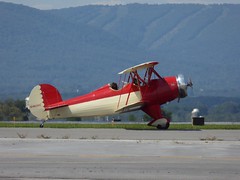 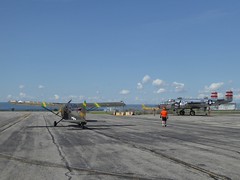