This weekend has many of you on planes and trains, which means many of you have been  fussing with smartphone apps to get a ticket’s QR code to scan properly. Thanksgiving-weekend travel pain may be unavoidable, but code-scanning snafus should be a solvable problem.

They remain unsolved in practice because travel-app developers can’t seem to grasp the idea of brightening the phone’s screen automatically when displaying a boarding pass. Instead, these apps keep leaving that work to you.

That’s definitely the case with the Android travel apps I use most often, United Airlines and Amtrak. With UA, I can sometimes get away with leaving the screen on its usual brightness–but not if I want to have the code scan properly at both the TSA checkpoint and the gate. With Amtrak, even maxing out the brightness–something the conductors always remind passengers to do–doesn’t ensure the ticket will scan on the first time.

(I’m kicking myself for not calling out this shortfall in Amtrak’s app when I reviewed it in 2012.)

If I had an iPhone, I could bring up United boarding passes and Amtrak tickets in the Wallet app, which does brighten the screen automatically. But I don’t own an iPhone, and neither does a huge fraction of the traveling public.

From what I can tell, other airline apps are no smarter about this. American Airlines’ app doesn’t appear to adjust screen brightness (although that company should probably first fix the issue that results in a boarding pass becoming invalid if you don’t bring it up at least 30 minutes before boarding) and Delta’s doesn’t seem to either.

Paper is wasteful, but at least I know my ticket code will work every time. When I go to a Nationals game, it’s my only option–the barcode scanners at the turnstiles have yet to accept a ticket code in an e-mailed ticket, no matter how bright the screen on my phone gets. (My wife’s iPhone 6 doesn’t have that hangup, because reasons.)

Meanwhile, Eventbrite’s app has automatically maxed out screen brightness when I bring up an event’s ticket since the first day I opened it. It’s too bad that I’m almost never asked to show a ticket code on my phone when I show up at an event booked through that service. Perhaps it would help if somebody set up an event for travel-app developers and required Eventbrite mobile tickets? 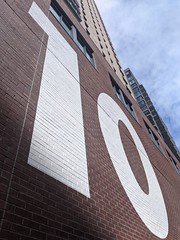